This land is lifted by shifting tectonic plates, shaped by violent volcanic eruptions and etched by the power of falling water.

The quest to unravel the meaning of the Maya hieroglyphs was one of the most fascinating intellectual endeavors of the 20th Century.

The imaginative fusion of Catholicism and ancient Maya spirituality is a mind-bending cultural phenomenon.

The story of the Maya weavers is one of sorrow and rebirth. Decades after a devastating earthquake and a long and violent civil war, these resilient women are back.

Listen to what the contemporary artists say about Guatemala. After all, it’s their job to stir the pot and challenge the status quo.

Meet Gustavo and his wife. His simple acts of kindness provide a heartwarming insight into a land and people that are poised on the edge of discovery.

Watch Now
This is a smart and beautiful film with a sensitive soul – truly one of the best of its kind.
Patricia Schultz

Author - 1000 Places to See Before You Die, Workman Publishing

Guatemala: On the Edge of Discovery explores the glories of the ancient Maya, contemporary customs and culture and the challenges that lie ahead. This film really delivers and educates. My audience left wanting more!
Kathy Lewis

This documentary is a very carefully researched, beautifully cinematic film with a big heart. It tells the complex story of the amazing Land of the Maya with great clarity and conviction.
Sonja DeJong 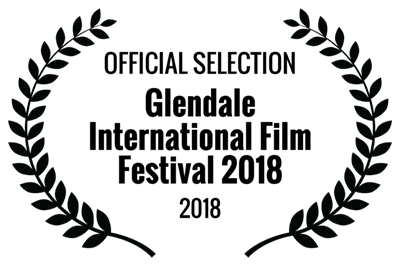 Many years ago, I lived in Costa Rica.  It didn’t end well.

After a long, self-imposed exile from Central America, I was hired to take pictures for Bella Guatemala Travel, a company specializing in cultural tourism. From the moment I landed in Guatemala City and met their charismatic guides, Jose Antonio Gonzales and Emilio Faillace, I knew this assignment was going to be an adventure. Before long, their contagious enthusiasm for Guatemala began to rub off and I slowly fell in love with being in Guatemala.

Then, in the fall of 2016, after about a year into the project, I was asked to create a documentary to present to live audiences throughout the United States. When BGT offered to provide logistical support for the filming, Jose and Emilio signed on as my co-conspirators, field producers and fixers.

From the beginning, we decided to create an authentic piece of work, something that told the story of Guatemala’s history and contemporary challenges in factual, even-handed way. Above all, we wanted to reveal the character of a land and people that are emerging from the long, dark shadow of a devastating earthquake and a tragic civil war.

After four months of intense research, a narrative arc began to emerge from the complexity of 4,000 years of history. I roughed out a script and developed a shot list.  Jose began to reach out for interviews. Then we began to chip away at the mountain of work, mile by mile, clip by clip, interview by interview.

Our budget was too thin for anything but guerrilla style film making. Unencumbered by overhead or a crew, we were nimble, able to chase whispers wherever they led. We bounced over dirt roads to the far corners of the country, to the edges of places with names like Takalik Abaj, Chichicastenango, and Livingston to capture the country’s jaw-dropping diversity. We shivered in the windswept highlands of the Cuchumatanes Mountains and swayed to reggae rhythms in the Rio Dulce region. We stood in the milpas and talked with farmers and trekked through the forest in the Peten, imagining what life was like in the Lost Kingdoms of the Maya.

Along the way, we met people like Paulino Monteroso who shared what they knew about the land and the culture. I learned to make Kak’ik, a Maya turkey soup, after falling in love with the spicy broth at a hardscrabble roadside stand. Now, the leftover Thanksgiving turkey goes straight into the soup pot.

Jose and Emilio introduced me to shamans and Maximon priests. We sat through their ceremonies and dove into the swirling fusion of Catholic and Maya spiritual practices. Now, more than five hundred years after the conquest, the struggle for the soul is as intense and complex as ever.  We met textile experts like Olga Reich and learned how the internal diasporas caused first by the earthquake, and then the civil war, changed the trajectory of the weaving tradition forever.  Highly regarded contemporary artists Irena Carlos and Arturo Monroy who shared their work and thoughts about Guatemala’s past and future.  After all, it is the job of the artist to think deeply and challenge the status quo.

There were some unexpected adventures and discoveries.  Once, while searching for Daniel Dreaux, the explorer who discovered the largest cave system in Central America, we stopped to launch a drone from a soccer field in a nearby village. Before setting up, we asked a man selling clothing from the bed of a pickup truck if it was alright. He said, “You’d better ask the community leaders because if you don’t, they’ll tie you up, they’ll beat you up, and then they’ll burn you!” His conviction caught our attention and soon we were surrounded by about twenty men. After a brief debate, they politely sent us packing. Several days later, after launching from Daniel’s property, we discovered why they didn’t want us flying over the surrounding hills. There, the old-growth forest was riddled with illegal fields, planted by subsistence farmers trying to squeeze out a living in the heart of a National Park.

We scored our first big on-camera interview when Dr. Richard Hansen, the Director of the Mirador Basin Project, one of the largest and most remote sites in Guatemala, agreed to sit for us.  He described the spectacular rise and sudden collapse of El Mirador, a massive Pre-classic city. More importantly, he drew conclusions from the archaeologic record and applied them to the world today.

David Sedat was next. He led the archaeological team that discovered the royal tomb of Yax-Kuk-Mo, the founder of Copan. He said the discovery of the tomb validated the hieroglyphs that the Maya left behind before they vanished. David also described cacao’s role in the prosperity of Copan and the importance of chocolate throughout the Maya world.

Soon after, Livy Gracioso, a field archaeologist and professor at San Carlos university, shared her theories about the evolution of ancient Maya societies.  She too brought the archaeology to life, describing parallels between the migration that occurred then, and what is occurring today.

Little by little, we began accumulate the makings of a good film. The content was rich and the narrative arc was clear.  The pace we set was brisk, but sustainable, and the cinematography was beautiful. Even so, the story lacked that tiny little spark, the emotional punctuation mark, that it needed to elevated it to another plane.

Happily, we ran into Gustavo and his wife, two of the kindest souls I’ve ever met.  When they stepped into the picture, the end of the film wrote itself.